Kambo Sacred Plant of the power of Amazonia, Detoxifying deep

ILLomedusina has a powerful effect on the intestine and contributes to its deep detoxification.

Fillochinina and is a powerful vasodilator and allows for oxygenation of the cells of the body.

Caeruleina and sauvagina cause an increase and a decrease in arterial blood pressure (hyper-and hypotension), the pituitary gland, stimulates the adrenal cortex, thyroid gland, and the pineal gland. The activation of the adrenal gland contributes to the improvement of the sensory perception and to increase the physical strength, improves in general the body's ability to cope with pain and stressful situations. The results of a recent study carried out by the Sanford-Burnham Medical Research Institute in California have proven that the ceruleina, once injected in the pancreas, put him in a position to transform their cells into Beta-Cells and in this way induce the pancreas to resume the production of insulin. The activation of the pineal gland allows the release of serotina and melatonin in the spinal cord, brain and spinal, and then been connected to the production dreamlike images intrapsychic and the states of deep sleep.

Dermorfine, cerulina and trauma are powerful opioid peptides. According Erspamer they are 500-1000 times stronger than morphine, respectively, 18 and 39 times stronger than the endogeniche beta-endorphins. Both of these peptides, together with the caerulina, have a strong analgesic effect spontaneously produced by the body in a condition of pain due to, for example, renal colic, peripheral vascular insufficiency and cancer. The deltorfina allows an enhanced physical endurance and resistance to pain.

Adenoregulina.
In the early ’90s at the National Institutes of Health (NIH) in Bethesda, in the United States, it has been discovered, a new peptide, the eighth of the series, by the team of John Daly, in collaboration with Peter Gorman in virtue of his studies in the field. This is the adenoregulina, which acts in the human body through the adenosine a receptor linked to the production of energy within cells and the regeneration of the cells of the nervous system, in particular of the sheath that protects the myelin.

This scientific research have opened new perspectives on the functioning of the human brain and the ability to treat multiple sclerosis, epilepsy, stroke, and cognitive disorders such as Alzheimer's disease.

The bioactive peptides and neuropeptides present in the Kampos cover a wide range of potential medical uses, including:

With the remedies Ancestral Kampos there is the possibility to awaken the body in its natural power: the organs of the body, the endocrine system, and the defense systems are awakened to act in their natural functions. Kambo has as an element the fire. Thanks to the combination with the water, that the participant ingests before the application Kambo, is an alchemical transformation of purification: the toxins present in the individual are released by vomiting or defecation urgent. People who regularly receive will not get sick and have a lot of energy: the natural balance of the person is restored, and thanks to it, prevents the appearance of disorders caused by different pathogens (viruses, bacteria, fungi, parasites, ...).

Thanks to Kampos the person can change his patterns of health, as the frog, as he writes Marcelo Gomes, establishes a re-alignment of the chakras and determines the physical reorganization, psychology, and spiritual person.

During the treatment, Kampos provides us with perceptions and messages: the frog connects with the natural wisdom of the participant and reflects its negative habits by showing them what you should avoid and what you could do to improve its current condition. Kampos will help you to remove what the natives call Panema: the cloud of sadness, negativity, depression surrounding the energy field of the human being, making him blind and blocking that open with trust to the Divine, and the joy of life.

Kampos is called the Doctor of the Forest because it has an intelligence and action plan of its own. Kampos performs an exorcism biological formulation that converges to the idea of magic (demons, spirits, and religion) with the remedy, body, biology. Also to talk about the effects of the Kampos, which produces on the body can be used as a metaphor for computational: Kampos reformats the hard disk and reinstall the software.

Kampos can be seen as the defragmentation of the disk of the computer because it runs the scan of the lymphatic system. For details regarding the Instrument of Healing Kampos contact us via email (but we say that it is an excellent remedy for its power withdrawal, to expel those who did the “punturone” so famous) Session Kampos At the beginning of the session, prior to the application Kampos, the participant must drink 2/3 litres of water to enable the activation of the purge and purify.

Once applied Kampos, the participant will experience a rapid reaction in the nervous system (sympathetic and parasympathetic) and expel water ingested with the vomiting, defecation urgent, and the sweat. The duration of the entire session is approximately 1 hour, the more understanding varies from 20 to 30 minutes. Once you have completed the session, the person can continue freely with its activity. However, we recommend not to load with a lot of things to do, but to enjoy a few hours (if not even a day of complete rest in order to be able to contemplate and integrate the experience. Application Kampos: step-by-Step
Kampos, the secretion produced by the frog Pyhllomedusa Bicolor, is extracted from the skin of the frog. If the extraction is performed with experience, but above all with love creates no pain to the frog.

Kampos, once extracted, is placed on a pallet of wood and leaving it to dry. Before use, it is rehydrated with water so you can work in small blood cells or points.

In the meantime, the participant is taking 2-3 litres of water, which serves to balance the energy alchemical “fire” of Kampos.

On these openings snapshots the teRapéuta apply the points Kampos with water to help the process of absorption.

In both cases, it can take: water, coconut water, herbal tea with honey, electrolytes, and salt added to the water. Do not drink excessive amount of water before coming to the session. On the day of the session to dress comfortably with clothes large (deprecated leggings, jeans, and bras that clasp):

Medicines Permits (but not always.. and then take the assessment)

The Kambo, is 100% secure in the hands of a skilled and aware. The health conditions of the person does not need to be underestimated. This happens with all medicines, natural or pharmaceutical. There are always side-effects and is very important for those approaches to the treatment to the operator of their own problems, physical, or psychological. The Kambo is not for everyone. If you go in south america, and you decide to undergo an application from a native tribe in the local pay a lot of caution as they are not taken the precautions of the western usage of this secretion.

In addition, the spread of the kampos in the west, is leading improvisation in this practice, make sure of the experience of the facilitator, and that this is prepared to let you live an experience in security.

Where can you buy the Kampos online? Obviously, on karmarando.com How to apply kampos and what happens in a session ? The session is held in fasting from... 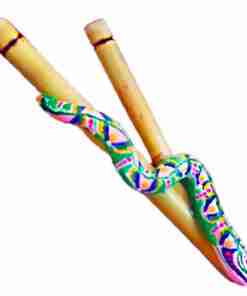